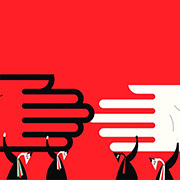 Place of Effective Management (POEM) means a place where key management and commercial decisions that are necessary for the conduct of the business of an entity as a whole are, in substance, made,” said the Central Board of Direct Taxes, adding that it would be determined based on whether the company is engaged in active business outside India. The CBDT, however, stressed that a foreign company would not be considered a resident taxpayer just because it is fully owned by an Indian firm, or some of its directors or local management is in India or existence of support functions in the country. A company’s head office is not necessarily the same as the place where the majority of its employees work or where its board typically meets,” it has clarified. Under earlier guidelines, a company was considered a resident in any previous year, if it was an Indian company or if during that year, the control and management of its affairs was situated wholly in India. Moreover, cases selected for limited scrutiny can be converted to complete scrutiny only with the approval of the Principal Commissioner of Income Tax or Commissioner of Income tax if the potential income escaping assessment exceeds a certain monetary limit.
Posted by aicas at Saturday, January 16, 2016