Home Editorial A WAR AGAINST CORRUPTION AND BLACK MONEY

A WAR AGAINST CORRUPTION AND BLACK MONEY 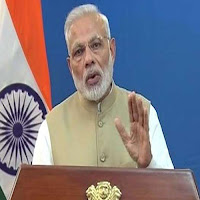 The Prime Ministers strongest action against corruption and black money by de recognising High Denomination Notes is a historical step. The de monetisation of Rs. 1000 and Rs. 500 Rupee notes on 8th November has brought India on the centre stage of discussion and acclamation worldwide. The Indian economy has seen major impact of this decision and rampant money laundering exercise has been observed by the entire system:


The deposit of old currency in bank accounts also picked up substantially and it looks likely that the entire money in circulation will get deposited by 30th December 2016, barring a small percentage to walk in through RBI exchange route in Jan- March 2017. The message from the government is loud and clear that " Na Khaunga Na Khanne Doonga". The real war against the menace of black money got strengthened by the nation wide support to the great initiative. The issue being debated is as to what will be the implication of this move. The following clear indications are coming:

Can we achieve upliftment of common man, make in India and evolution of India as number one economy will depend on how fast we move along with Prime Minister and take his initiative forward. The complete eradication of black money will depend on determination of the society leaving a better honest economic system to the next generation.