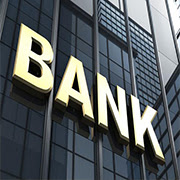 The Reserve Bank of India had recently directed to Public Sector Banks as well as Private Sector
Banks to downgrade the asset classification of more than 150 borrower accounts, based upon Asset Quality review, to Non- Performing Assets (NPAs). The exposure of banking sector to such borrower accounts was in the range of Rs 1,50,000 Crores to Rs 2,00,000 Crores. Primarily RBI had recently issued advisory to downgrade specific large 150 identified accounts in following categories to
Non- performing assets:

Even beyond the current exercise, there are number of stressed cases, which are in the process of being identified by the Statutory Auditors and RBI inspection teams. The total additional provisioning requirement is estimated to be Rs 40,000 cr till March 2016.The quarterly results for most of the banks have been announced , showing significant losses or steep reduction in profitability, resulting into erosion of the Banks' market capitalization by 10% to 20%. The capital market in general has also been subject to blood bath, with widespread losses across sectors, in the range of about Rs 3 lakh crores. While the government and RBI is active in limiting the damage to the financial market, the entire economic sector and society is deeply concerned about the matter and is deliberating on the following major issues:
It is important to undertake a detailed inquiry in all cases of Non - Performing Assets' classification where exposure is more than Rs 50 Cr - Rs 100 Cr or more. In certain cases the exposure to single group is thousands of Crores. It is important that willful defaulters are identified and also cases of the regulatory failures, issues of managements' weaknesses and need for a thorough overhaul of the Banking System can be identified and addressed. The inquiry has to be completely and very strictly
confidential so that morale of genuine businessmen and more importantly, the market sentiments do not get affected adversely and backwards.

The scope, coverage and the reporting requirements by the Statutory Auditors as well as Internal Auditors are also required to be strengthened by the council of Institute of Chartered Accountants of India. The Audit has to be deep and thorough at National level as well as at Branch and Regional / Zonal level. The profession need not wait for the Reserve Bank of India or the Government action in the matter and should issue regulatory direction, guideline in respect of scope, coverage and reporting requirements, to be mandatory followed by the banking sector, with full support of Reserve Bank of India, Securities & Exchange Board of India, and the government. It is also important to comprehensively upgrade the competence, credibility, integrity and professional caliber and competence of Bank management.The Reserve Bank has been one of the top most and successful regulators and a Central Bank of the highest order. A positively aggressive approach, with an Indian
mindset would be crucial for acceptability of regulatory and financial control framework.