Home Direct Taxation No MAT on Foreign company as it doesn't have PE in India; AAR follows Government's stand

No MAT on Foreign company as it doesn't have PE in India; AAR follows Government's stand 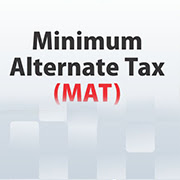 Where a Mauritian Company, a 100 per cent subsidiary of parent company, proposed to transfer shares held by it in Indian company in favour of a company proposed to be incorporated in Singapore with an object of group re-organization, the transaction having begun almost 20 years back, it could not be said that it was for tax avoidance and, therefore profit arising from such transaction won't be subjected to tax in India in terms of Article 13 of of DTAA between India and Mauritius. Further, applicant would not be liable to pay Minimum Alternate Tax under provisions of section 115JB in absence of a PE in India. It was also held by the AAR that there will be no question of the applicability of section 92 to 92F and section 195 and since, proposed transfer of shares was not taxable in India, applicant was not required to file any return of income under section 139
Posted by aicas at Monday, February 15, 2016