GST Bill- on the move 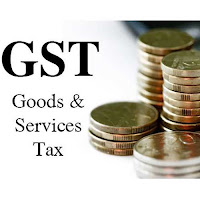 It is welcome that the revised Bill makes it clear that the supply of goods without consideration would not be liable for GST, except in specified transactions. The new draft includes scope for `Composite' and `Mixed' supply. It is notable that the revised definition of `Goods' now specifically
excludes securities. More importantly, the anti-profiteering mechanism in the new draft has hugely added to the paperwork and reporting requirements and also widen the very scope for disputes, charges and harassment. Instead of mandating and insisting that producers, pass on reduced tax rates
to consumers, it would usually make better sense to rely on the market mechanism and fair competition. Reportedly, no other jurisdiction has such a draconian anti-profiteering provision in the GST law. S&P Global Ratings said demonetisation and a likely GST rollout from September 2017 are likely to cast a "higher disruptive impact" on informal, rural, and cash-based segments of the economy. Agreed upon by GST Council

(1) Except division of administrative turf between centre and states.

Division of administrative turf between centre and states

(1) States want sole control over assesses up to Rs. 1.5 Cr annual turnover; sharing turf with centre above that.

GSTN on track to get taxpayers on board

Despite uncertainty over the GST roll-out, the information technology backbone GST Network (GSTN) has initiated the process to migrate over eight million taxpayers on its system. It will be compulsory for dealers, with a turnover of more than Rs 20 lakh, to register with GSTN,
and those with over Rs 10 lakh in northeastern and hilly states.

The Goods and Services Tax (GST) Council may, in future, decide to reduce the tax slabs under the GST regime after analysing the revenue garnered and the compensation payouts to states with industry demanding lowering of proposed GST rates of five per cent, 12 per cent, 18 per cent and 28 per cent after demonetisation.
Posted by aicas at Monday, January 16, 2017