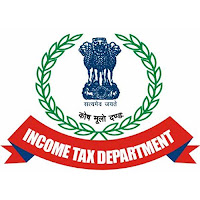 Chapter XII-DA was inserted by the Finance Act, 2013 containing Section 115QA to 115QC. Section 115QA provides for the levy of additional income tax@20% of the distributed income on account of buy back of unlisted shares by a company. Distributed income means the consideration paid by the company on buy-back of shares as reduced by the amount which was received by the company for issue of such shares, determined in the manner as may be prescribed. Thus, for the purpose of computing distributed income, the amount received by the company for issue of shares being bought back shall be determined in the prescribed manner. The Rules to be framed would provide for manner of determination of the amount in various circumstances including shares being issued under tax neutral reorganizations and in different tranches.The income arising to the shareholders in respect of such buy back by the company would be exempt where the company is liable to pay additional income-tax on the buy-back of shares.
Posted by aicas at Tuesday, November 15, 2016