MULTIPLE RATES OF GST FINE FOR SOME SIN GOODS 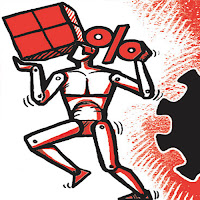 The Centre has reportedly proposed four rates - ranging from 6 per cent to 26 per cent - for the goods and services tax (GST), with a cess on the highest tariff for ultra-luxury and demerit goods. This makes sense. The notion that multiple rates are hostile to GST is misplaced. They have functioned in the EU where value added tax (VAT) rates vary among member states, and there is no reason why it will not work in India. Two standard rates of 12 per cent and 18 per cent, presumably worked out after excluding real estate, electricity, alcohol and petroleum products, will cover a majority of taxable goods. A lower slab of 6 per cent for essential goods that do not attract excise duty is welcome, given that exemptions break the GST chain, increase the possibility of evasion and create systemic inefficiencies. A 4 per cent GST on gold is in sync with the recommendations of the Arvind Subramanian panel. It will help wean consumers away from gold and reduce inflationary pressures.


A case for Lower rates
In view of demonitisation, the government can consider further relaxing subjected GST rate by 4% to achieve better compliance and curb black money creation.

The panel had recommended a composite 40 per cent excise duty on non-merit goods. Instead, the Centre has now proposed a 26 per cent rate and a cess component not eligible for input tax credit. This will keep the GST chain unbroken, while discouraging sin consumption and mobilising revenue for the Centre outside the divisible pool. Manufacturers can also claim credit for the taxes paid on demerit goods used to make the final product. However, states are miffed as cesses are excluded from the divisible pool. With a dual GST, states will collect tax on services that account for a lion's share of GDP, on par with the Centre, and also get to tax the value addition in the production of goods. In addition, the Centre has guaranteed full compensation for revenue loss during the transition to GST for five years. So, states must see reason.There is a case for revising the system of the Centre sharing taxes with the states. While income and customs taxes are best collected by the Centre and shared with the states, there is little reason for the Centre to share central GST proceeds with the states, apart from what is required to compensate states for revenue loss.
Posted by aicas at Tuesday, November 15, 2016