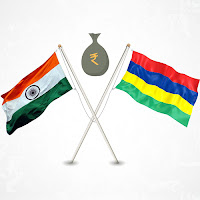 Private equity (PE) investors and venture capital (VC) funds from Mauritius might have to negotiate terms to advance the dates of conversion of their instruments into equity before April 1, 2017, if they don't want to draw capital gains tax. This is so, because the government is likely to tax quasi-equity instruments, if these are converted into equity after April 1, 2017, under the revised India-Mauritius double taxation avoidance agreement (DTAA). However, if the Quasi equity (Convertible Debentures / Convertible Preference shares) are sold before conversion even as per revised DTAA with Mauritius, no capital gain tax will arise in India for Mauritius' companies. The only change brought out by Indo-Mauritius DTAA is imposing tax on transfer of equity shares of the Indian company by the Mauritius' company, which was earlier exempt
Posted by aicas at Monday, September 19, 2016