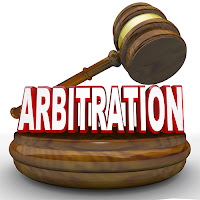 A bench headed by Justice Dipak Mishra said that it would clarify within two weeks whether the new or the old arbitration law will apply to cases pending in the courts before commencement of the amended arbitration Act, which came into force on October 23, 2015. Under the unamended Act, if an application for setting aside an arbitral award was filed, such arbitral award could not be enforced until the application is refused. This prevented the award-holder from enjoying the fruits of his success merely because the unsuccessful party had filed an application against the award. However, after the amendment to Section 36, an arbitral award now becomes enforceable on expiry of three months from the date on which it is made irrespective of whether an application for setting aside the arbitral award has been filed unless the court grants stay of operation of the arbitral award.
Posted by aicas at Monday, September 19, 2016